In 1985 Nike released the Air Jordan 1, the only Jordan that had the Wings logo and the Swoosh. The shoe featured a very unconventional red/black upper and was immediately banned by the NBA. The league fined Michael $5000 for each game that he played in his first signature shoe. Nike paid all fines with big smiles on their faces, because the ban in combination with the legendary commercial created a massive hype.

A major part of the Air Jordan Series was designed by Tinker Hatfield, who was also responsible for the Air Jordan III. The shoe came out in 1988 and was the first AJ to feature the legendary Jumpman instead of the former Wings logo. Another big reason for the big success of the Air Jordan Series is Spike Lee. The film director and actor integrated the shoe in his movies like "Do the right thing" and "He got Game" and became a legend himself as Mars Blackmon in the Air Jordan Commercials.

In 1996 Jordan Brand became an independent sub-brand of Nike and released the Air Jordan XII, which was the first AJ without any Nike branding. 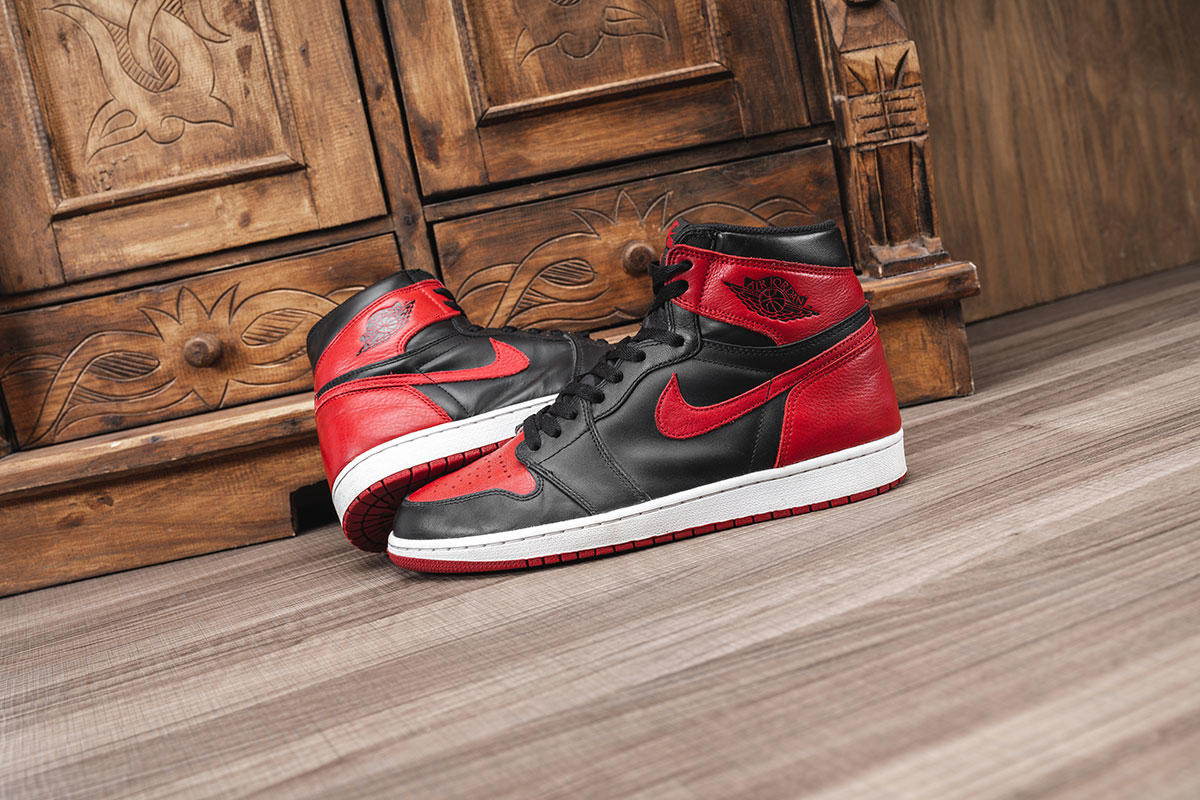 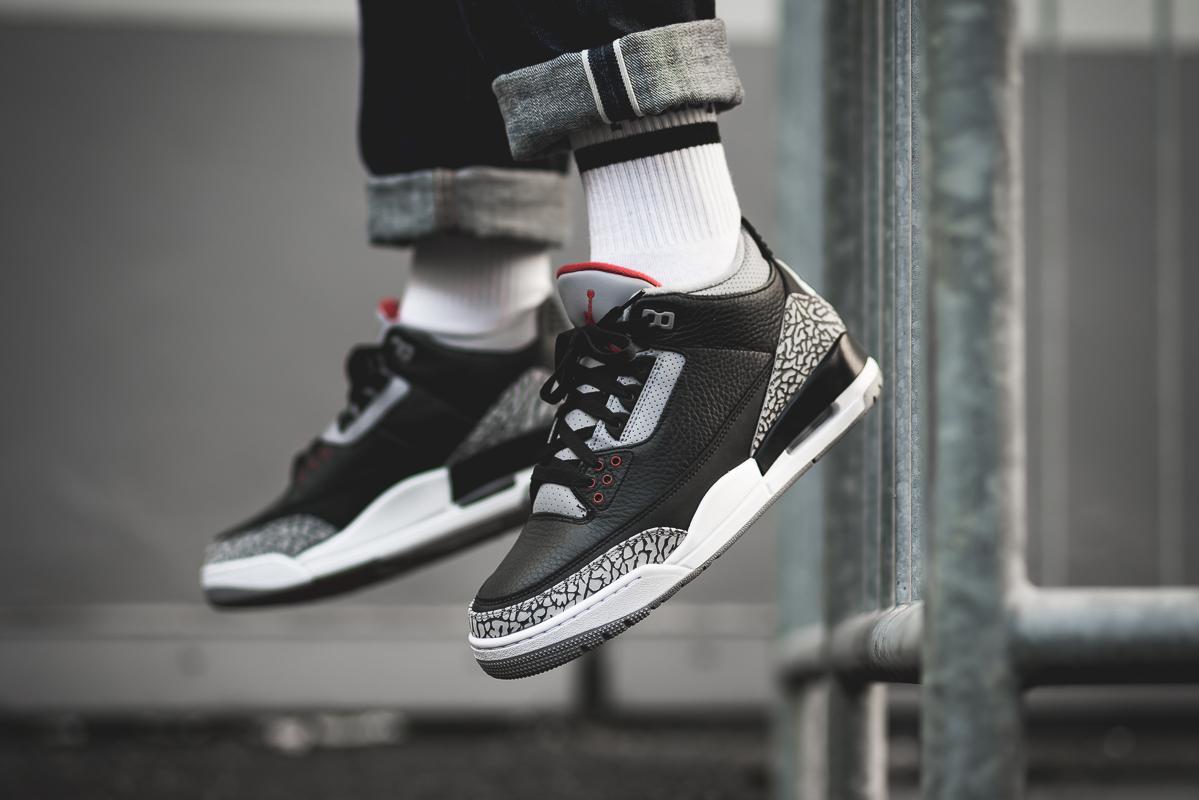 In 1988 the third Signature Sneaker from Michael Jordan was released. With this sneaker the Jumpman logo was brought to life. Like the Air Max, this model displayed the technology in the shoe and also got the Air window in the midsole. Especially the elephant pattern on the toebox and heel made the Air Jordan 3 legendary and popular. 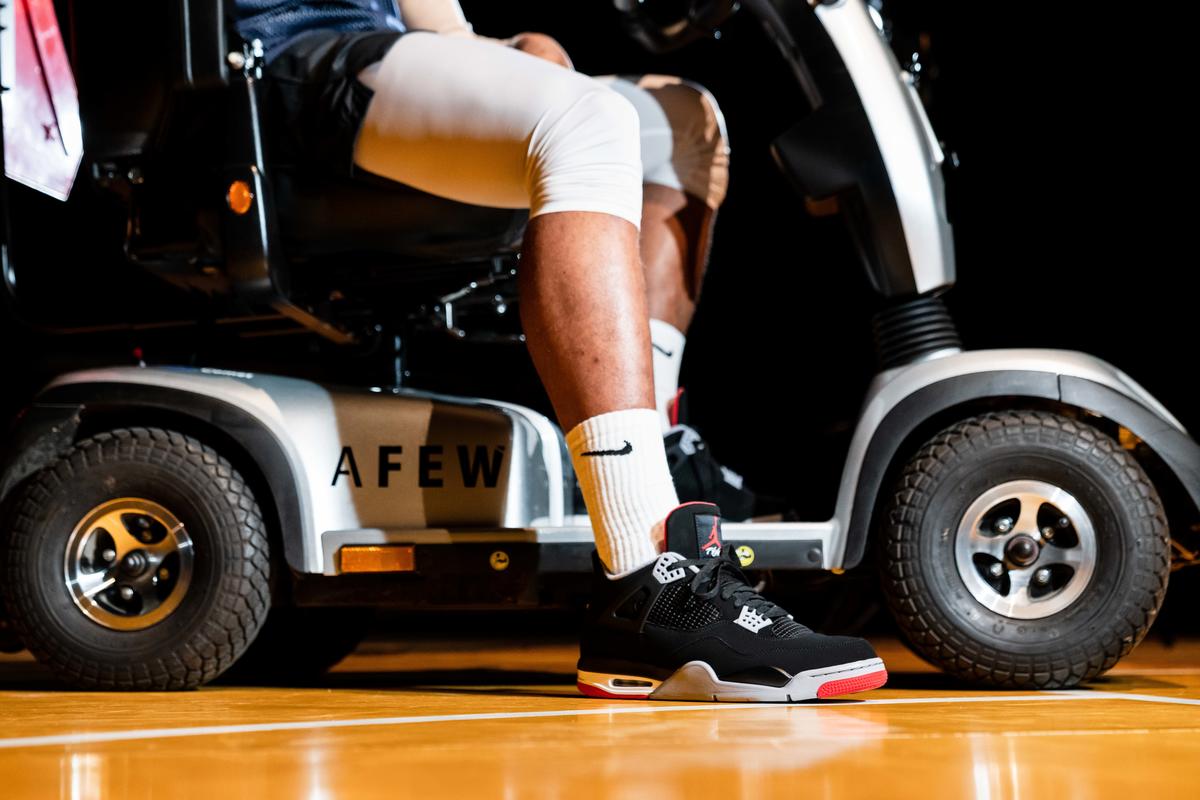 Just over a year after the release of the Air Jordan 3, the Air Jordan 4 came out, and like its predecessor, the Air window has been retained. In addition, side stabilizers and mesh applications were added for more comfort. But what makes the Air Jordan 4 so special is the fact that MJ played his best season in this model with 32.5 points, eight rebounds and 8 assists on average per game. That just adds to the urban legend of the Air Jordan sneakers that you jump higher and play better with Air Jordan Sneaker. 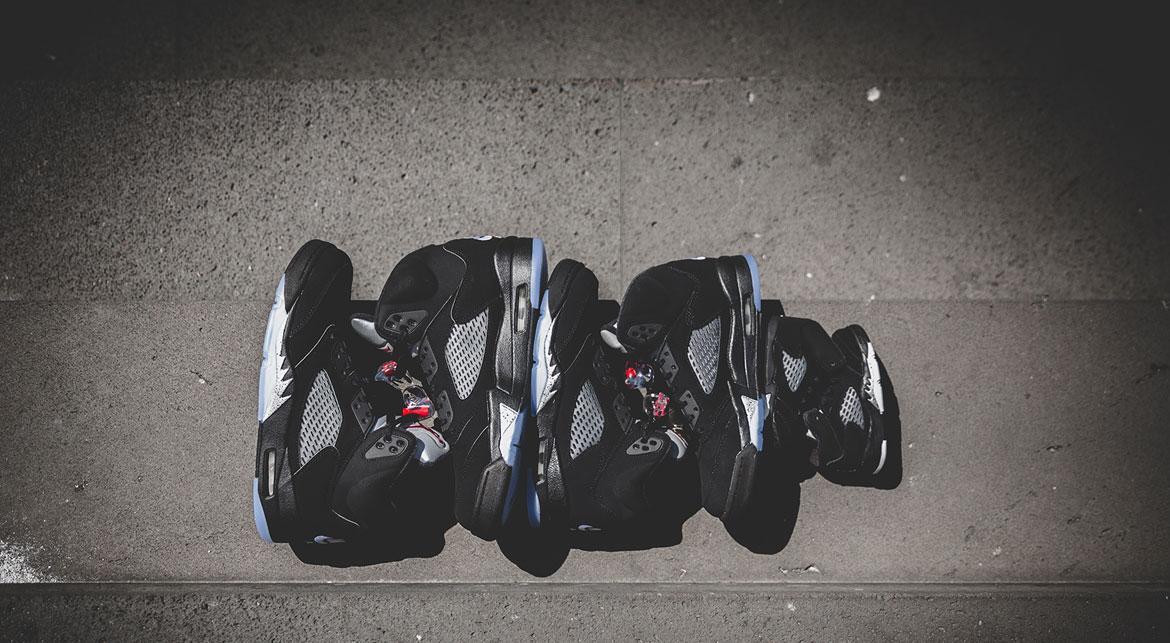 With the Air Jordan 5 the Air Jordan Brand presented us the famous "Icy" sole for the first time in 1990. With the new large 3M tongue and improved ankle padding, the Air Jordan 5 was even more comfortable to wear than its predecessors. Another novelty was the lace lock, which provides a stable lacing. The design of the midsole is particularly striking. The spikes at the front are inspired by fire and are one of the distinguishing features of the Air Jordan 5. 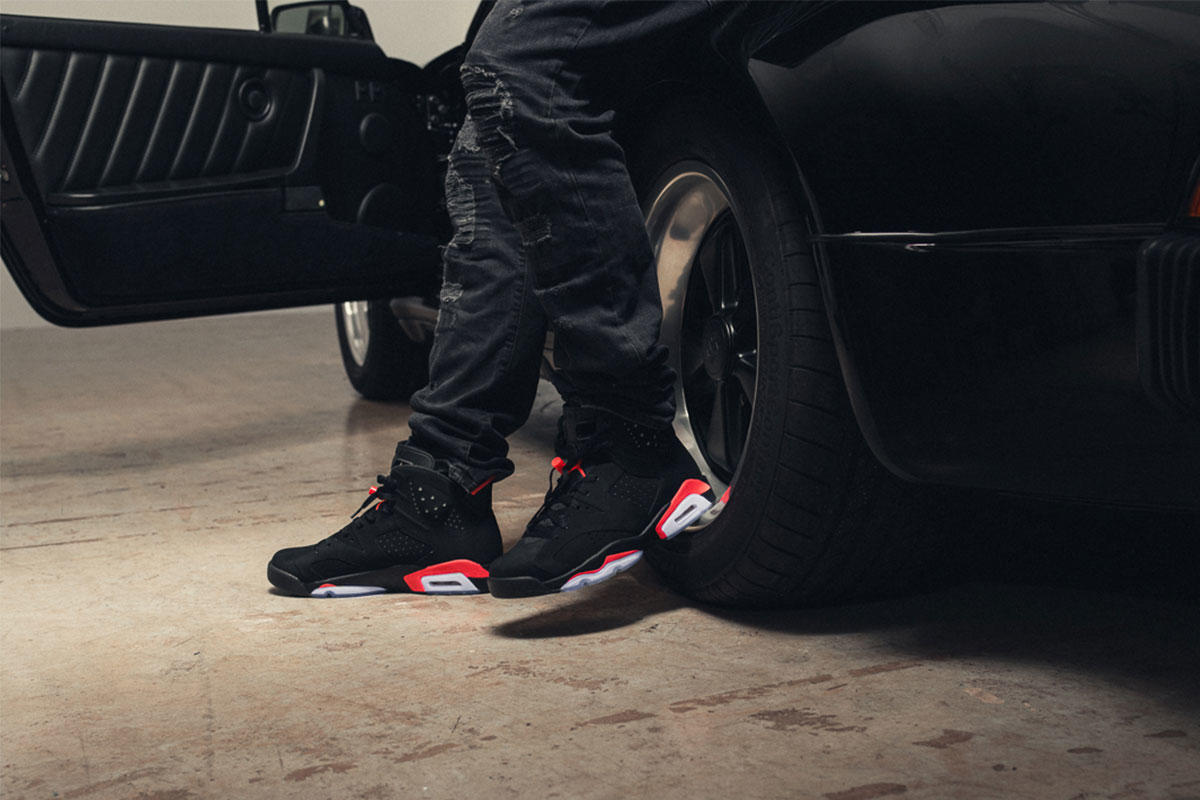 Michael Jordan was enthusiastic about expensive sports cars outside the court. MJ was also a huge fan the Porsche 911 Carrera. With this background information Tinker Hatfield designed the Air Jordan 6, which is heavily inspired by the Porsche. So the rear spoiler of the Porsche was converted into a pulltab and the overall round shape of the Air Jordan 6 are references to the 911s’ streamline design. 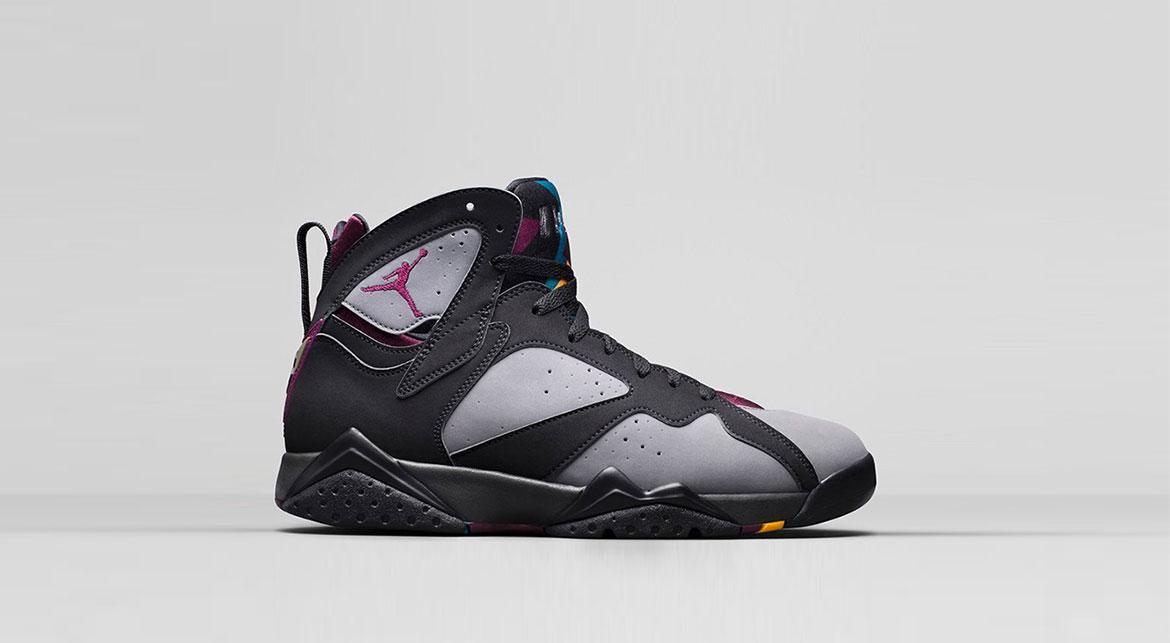 The Air Jordan 7 was the first Jordan after the 1, where the Air-window has been dropped again. MJ's seventh Signature sneaker is also the fifth Air Jordan designed by Air Max inventor Tinker Hatfield. Tinker was inspired by West African patterns and colors. The result is the many geometric shapes on the sneaker. Also, the Air Jordan 7 OG has no Nike Air branding at all. Instead, you find the "23" in a triangle on the heel. The Air Jordan 7 was released in 1992 in five different OG Colorways: Hare, Bordeaux, Olympic, Cardinal and Raptor. 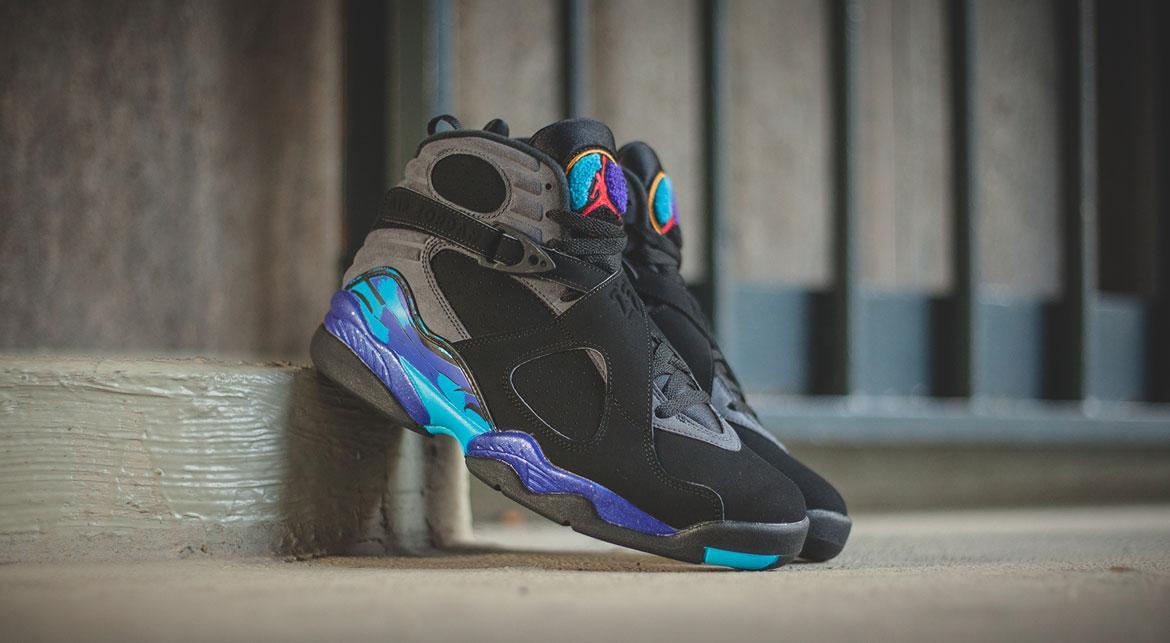 In 1993 the Air Jordan 8 was released and what makes this sneaker so special is the fact that Michael Jordan won his third championship with this sneaker. In contrast to the previous models, the Air Jordan 8 stood out because of the two straps over the laces. There was also a knitted Jumpman on the tongue in a circle of terry cloth. 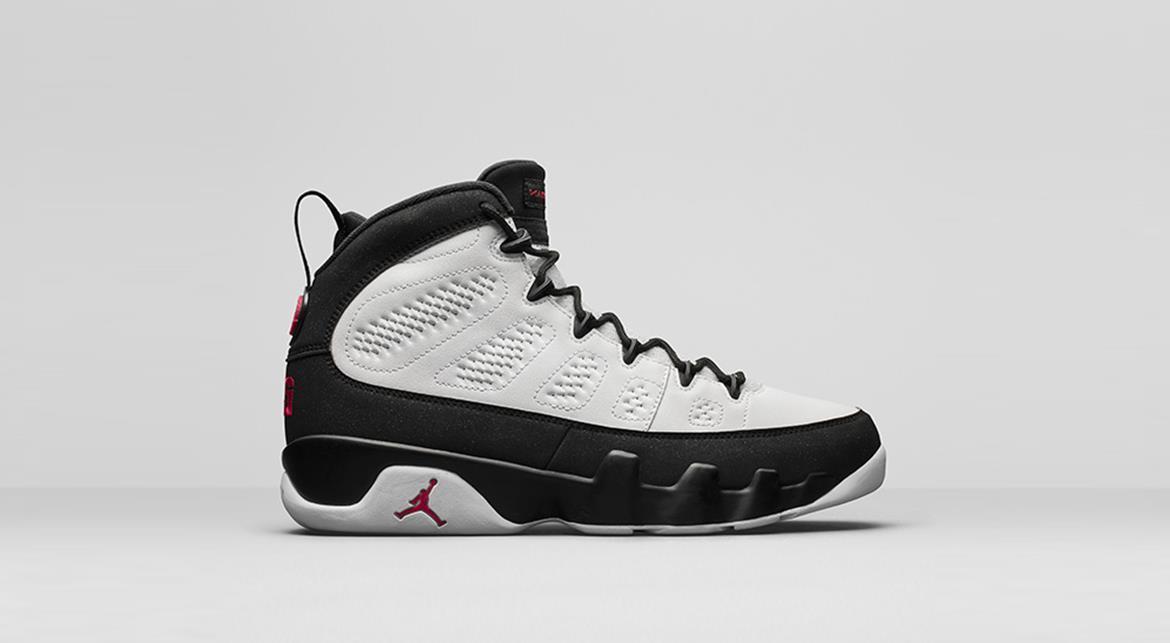 After Michael Jordan ended his basketball career for the first time in 1993, the Air Jordan 9 was released almost simultaneously. Tinker Hatfield's seventh Air Jordan is inspired by Japanese culture and the worldwide MJ cult of „Be like Mike". On the underside of the sole, Jordan's game spirit on the court is described in several languages. For the 9th Air Jordan sneaker, the straps were removed. 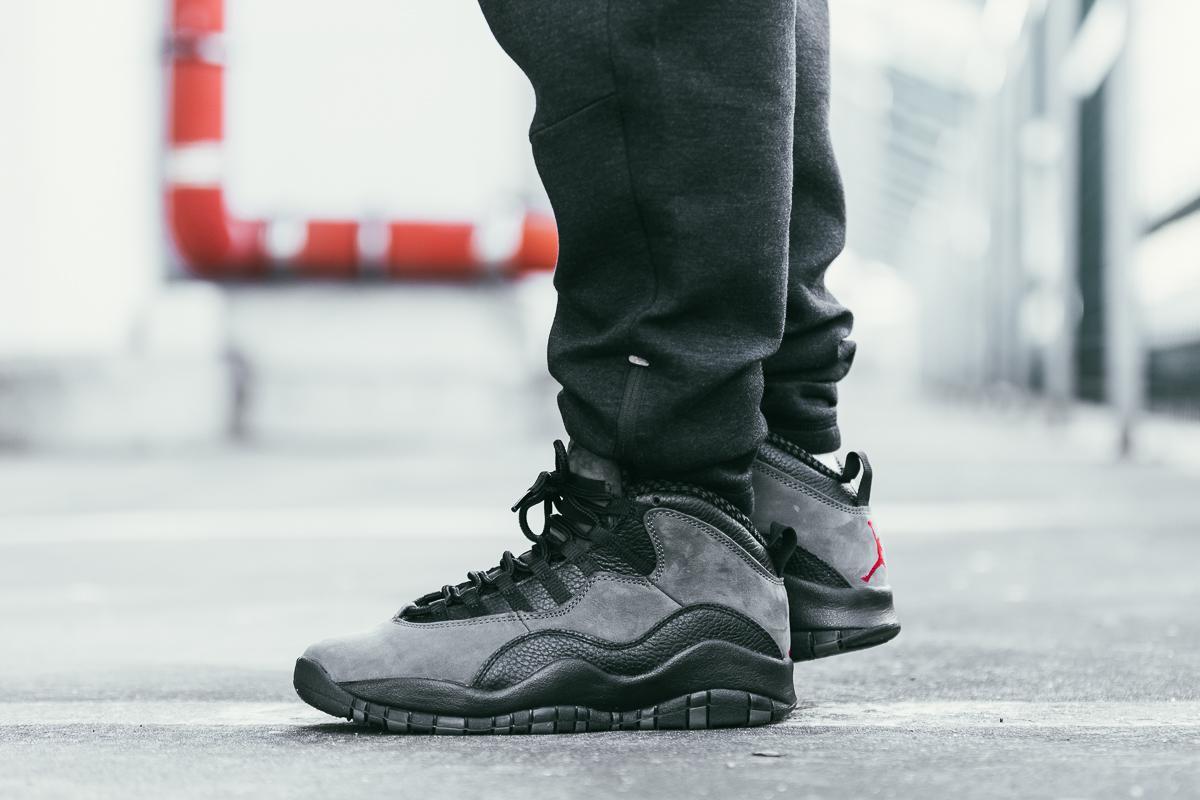 In 1994 the Air Jordan 10 was released in honor of Michael Jordan's career. This sneaker lists all the achievements of MJ on the bottom of the sole. Starting with the first title he received as Rookie of the Year in 1985. The tenth Air Jordan is very simple in design with large panels on the upper. 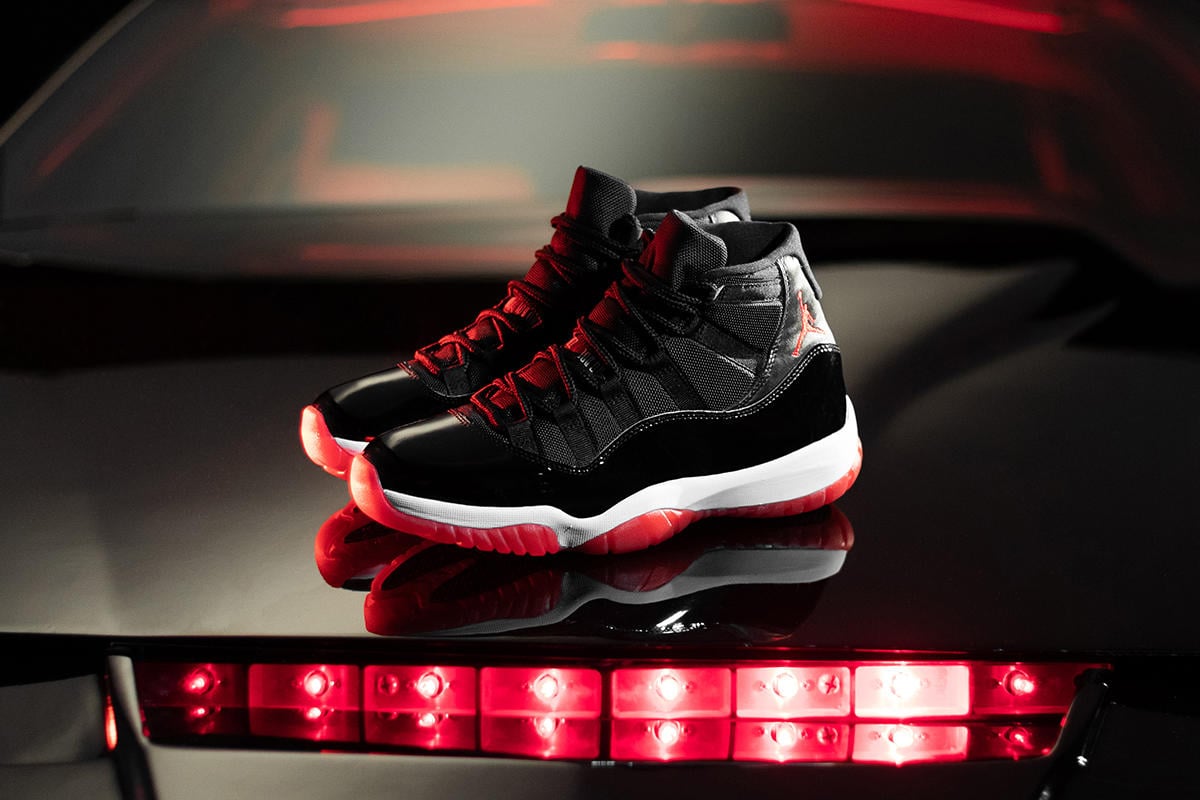 For Michael Jordan's comeback season 95/96, the legendary Air Jordan 11 were designed. The shoe was not yet legendary at the beginning of the season. Michael Jordan even had to pay a $5000 fine during the first matches with the 11 because he wore a sample that violated the NBA dress code. More precisely, he wore samples from Concord Colorway. The dress code at the time said that the primary color of the sneakers had to match the team. And at that time, the majority of the Bulls players wore black shoes. But what makes the sneaker so desirable is not only the Patent Leather but also the story that MJ won his fourth title in the Air Jordan 11.