Christmas-Special - Our return period is extended for all articles until 15.01.2022! Onitsuka Tiger became a sub-brand of ASICS. The name ASICS is a derivation from the Latin saying: "Anima Sana in Corpore Sano." Which translates as "sound body, sound mind". Today, ASICS is best known for its running shoes and their retro runners. But the first shoe they produced in 1949 was a basketball shoe. In the course of time they devoted themselves to running and later to other sports. With the GEL technology they revolutionized running. In 1987, ASICS came up with the idea of incorporating GEL in the soles of their shoes. To this day, the technology is still used in modern runners, which underlines the foresight of ASICS. The brand's most famous models are the GEL-LYTE III, GEL-Saga II or the GEL-Kayano series.

It all started with a handmade sample of an ASICS GEL-LYTE III with red and grey details, also known as the "Koi". When we took pictures of the sample and posted them on the internet, sneaker fans from all over the world started to get excited. The interest and demand were so great that ASICS and us started the awaited collaboration. In 2015 the AFEW x ASICS GEL-LYTE III "Koi" was then released. For three days sneaker fans from all over the world camped at our store to get one of a pair. To this day, the "Koi" is still considered one of the best Colorways on the GEL-LYTE III, which makes us even prouder. In 2018 the sequel of the Koi saga followed, the "Orange Koi". At the Sneakerness of the same year we teased the sneaker and the fans all over the world noticed it. Once again the fans were ecstatic and completely surprised that there was a sequel. Also the "Orange Koi" was sold out immediately and sneaker fans from all over Europe came to Düsseldorf to cop a pair. 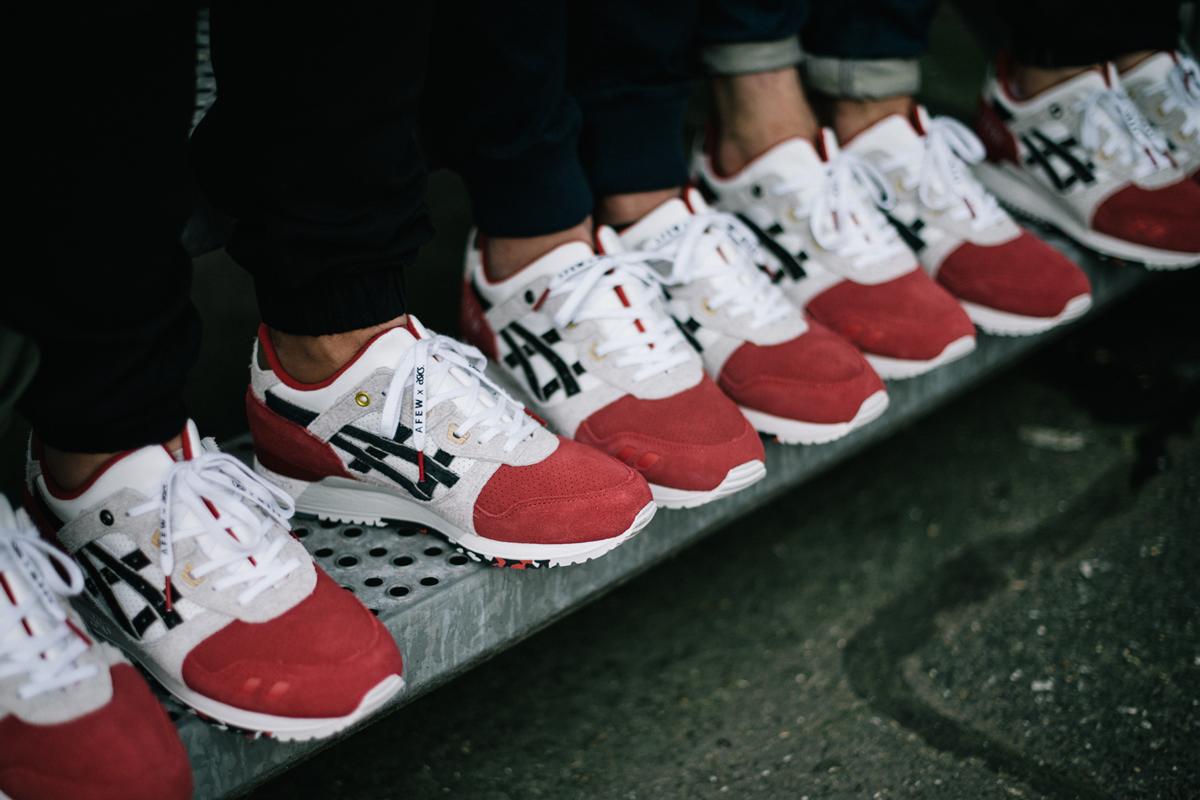 Arguably the most well-known silhouette from ASICS, the GEL-LYTE III was created by Shigeyuki Mitsui and originally debuted in 1990. The pair was an instant hit within the running community, being the first to feature the so-called Split Tongue, a key selling point. Its popularity kept on growing among collectors and afficionados due to its style, fit and innovative technologies. The GEL-LYTE III has become an epochal shoe, displaying forward-thinking. All popularity was short lived, until top-tier names decided to collaborate with the brand. The ASICS GEL-LYTE III is functional and comfortable, still holding grail-like status for many sneaker connoisseurs. This silhouette and our AFEW x ASICS GEL-LYTE III “Koi” Collaboration definitely helped us to create a big buzz in the sneakerworld.

The GEL Saga was released over 20 years ago. Created for mid-mileage runners, this pair was very fair priced when comparing to others. Subtle details make the ASICS GEL Saga II one of a kind such as the GEL in the rear, compression moulded EVA midsole, collar padding and of course, a lightweight synthetic upper which assures a better running experience. Furthermore, some die-hard fans state that the Saga has the best shape in the game. Ever. This retro runner served as canvas for many world class collaborations: Ronnie Fieg, Footpatrol and 24Kilates, to name a few. 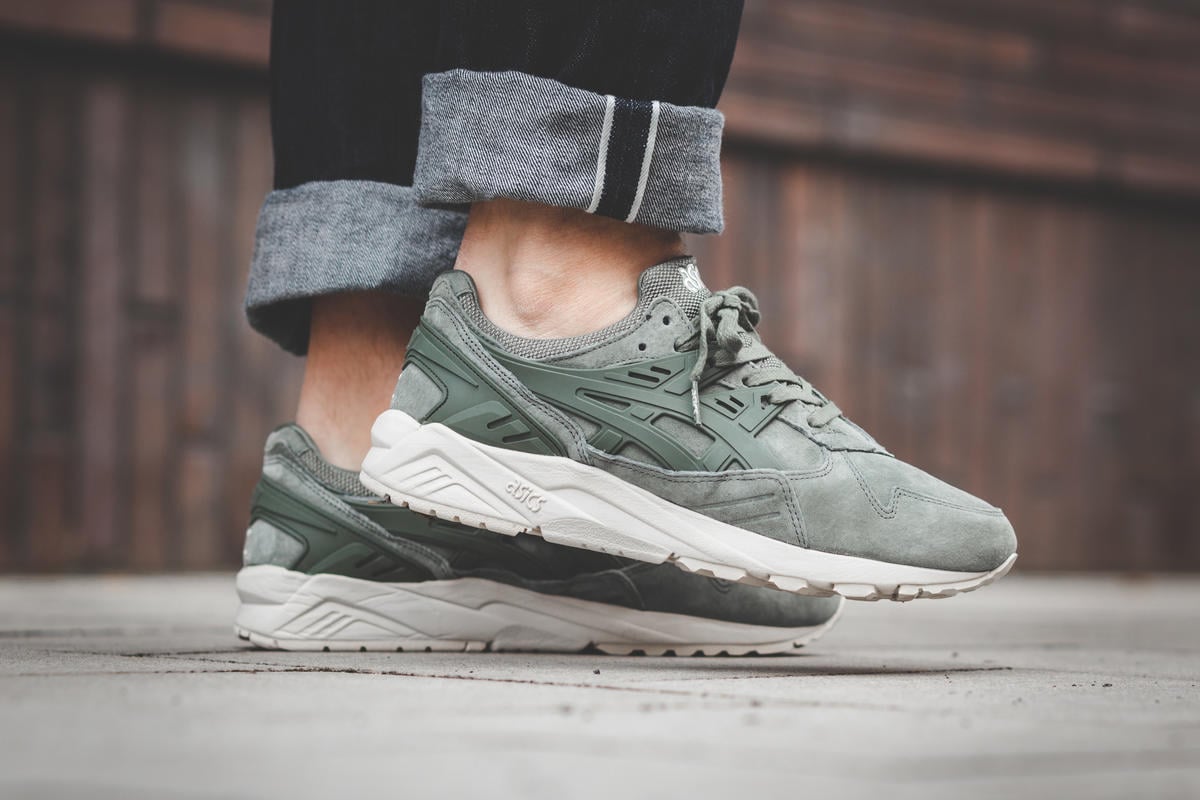 Inspired by the exoskeletal toughness of the stag beetle, Toshikazy Kayano developed a high-tech silhouette made to last. This high mileage runner was built with shock absorption in mind, making them a very comfortable pair of sneakers. Nevertheless, and without forgetting its original purpose, the brand had a more “all-in-one “approach, making sure they could be worn outside of the tracks. A great move from ASICS, let’s be honest, allowing for the brand’s expansion. Originally released in 1993, the Kayano Trainer was considered the successor of the GT-Cool Express. Design wise, one can spot its mono-sock fit, external heel counter and thick stripes across de upper. 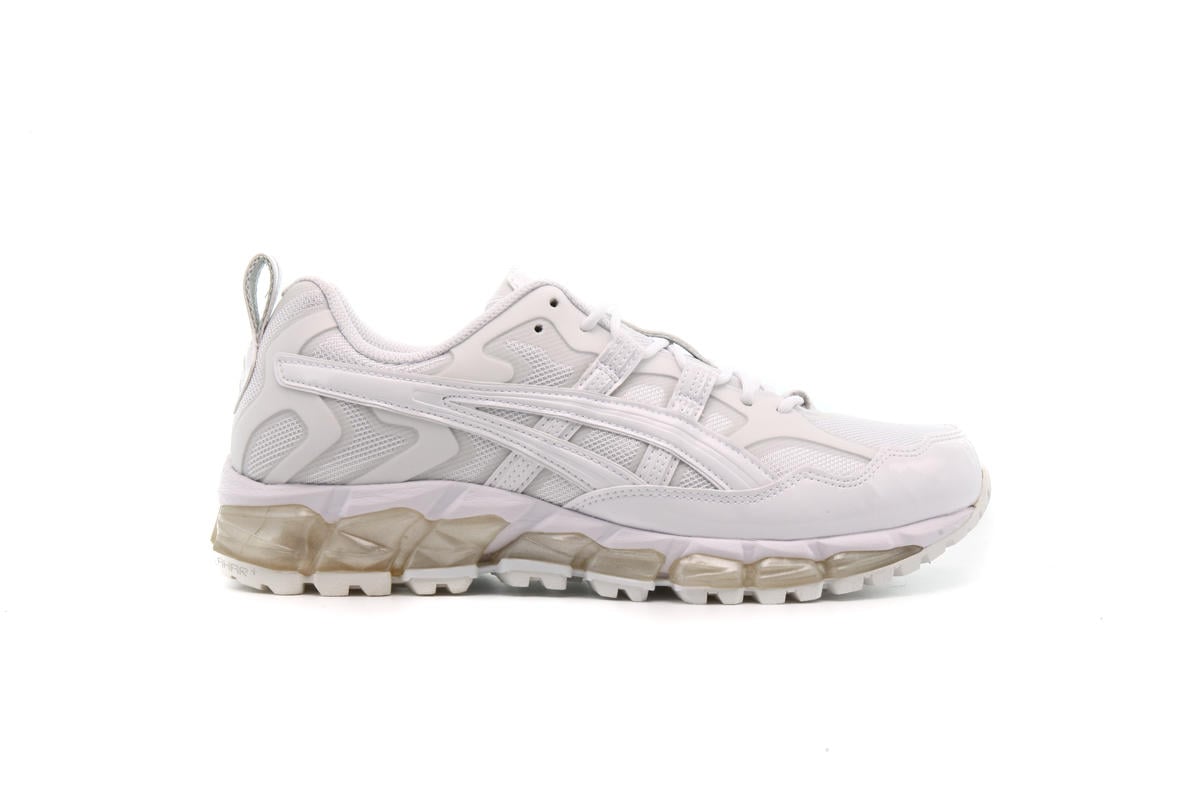 The ASICS GEL-NANDI 360 merges trail-running heritage with an evolved tooling system. The upper is delivered with mesh panels, suede overlays as well as an integrated lacing system that contributes for a reinforced midfoot support. Due to its technical construction, the silhouette is rather light and breezy, paying homage to high performance running shoes. Moreover, the pair boasts a GEL-QUANTUM 360 5 midsole with full length GEL™ cushioning. This so-called hybrid has been extremely successful, not only due to recent collaborations, but also due to their aesthetics, built and colourways. 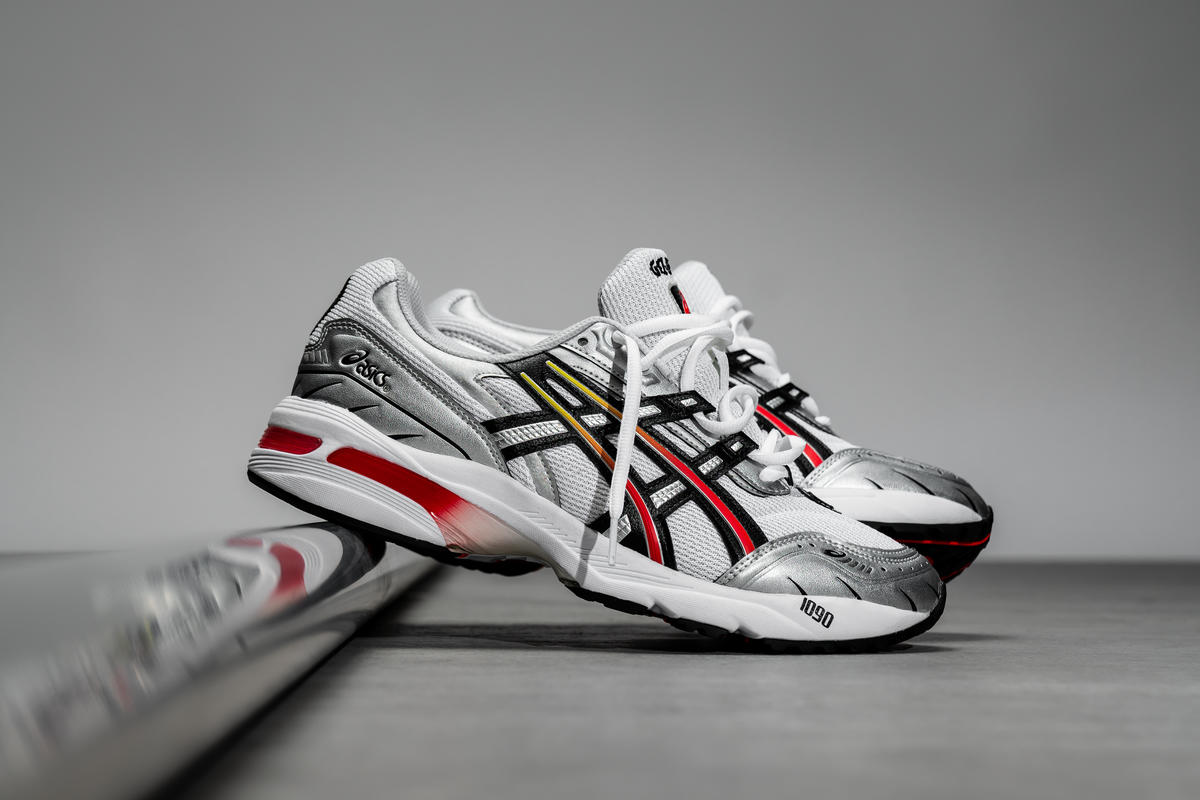 Keeping up with current trends, yet another retro is released. Debuted in 2003, the ASICS GEL-1090 has been re-engineered, however they still hold all the signature elements from the past. All aesthetics took inspiration from motorbikes, emphasizing the notion of speed. Its simplified construction makes them a close-to-perfection retro runner. One of the most important details on the upper are the tiger claw marks around the heel and mudguard. GEL cushioning is present underfoot, allowing for prime comfort and fit. In short, the silhouette has been reworked without compromising overall performance and functionality.